Looking for a Tail Number for this Bell 222B 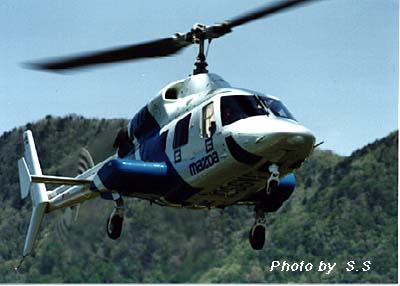 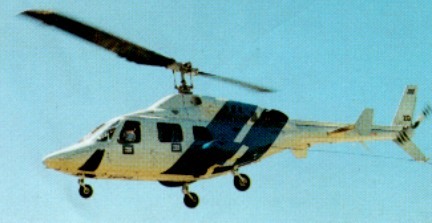 Email ThisBlogThis!Share to TwitterShare to FacebookShare to Pinterest
Search Tags: 222B, MAZDA, UNKNOWN


On November 1st 2017 bob released the first Beta Edition of the Bell 222 Database.

It initially listed every tail number and approximately 180 photographs

It's menu was pretty basic, though it came with a stack of short cut keys and a built in search engine along with a single screen for every C/N that listed the tails & what photographs were available at the time for that specific airframe.

It evolved a lot during the build process and grew to include the registry & C/N information for the 222B and the 222UT in turn it really had become the 222 "Series" Database .

For health and safety reasons the bell PDF files where removed which paved the way to free up space and even more photographs were then added along with that extra B and UT information. The search engine was also made available by clicking (along with the already available option to press S to open it) and a nice background graphic was added.


UPDATE (may 2018)
Soon version 1.0 will arrive as the project exits beta stage. To see some of the inner workings and features of this free software you can view a load of screen shots of it HERE, showing many of its features and how it looks beyond the main menu screen.

You can download, yes that's right, YOU CAN NOW DOWNLOAD the current build release from the updates page HERE.
This isn't one of those software's you get teased with and it never arrives. Nor does it require any runtime, the net or even payment. Loads of information on the screen shots page and the download page.

THIS SPECIFIC POST WON'T BE UPDATED SO FOR UPDATED INFORMATION PLEASE REFER TO THE DOWNLOADS PAGE OR THE "CHECK FOR UPDATE" OPTION. 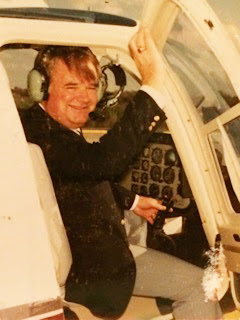 It is with great sorrow that we report the passing of Donald Lee Bloom.

Don was born in Tulsa Oklahoma on the 23rd of April 1932 and was fascinated with flying from a very young age. His dream of becoming a pilot was put on the back burner when football became his passion during high school and college.

It was during his senior year in college at the University of Houston with a football scholarship where he graduated in 1955, that becoming a pilot became his ambition.


Following graduation he joined the U.S. Navy flight-training program. After his preflight training, Don became a navy cadet and was commissioned in the U.S. Marine Corps. His first flight as a pilot was in Pensacola, FL in October 1955. After spending four years flying for the U.S. Marine Corps he became an experimental Test Pilot for Kaman Aircraft 1960-1961.

Don joined Bell Helicopter as an experimental test pilot and development pilot in 1961. Don retired from Bell Helicopter as a senior experimental test pilot 1990, and continued his love of flying as an expert witness in aviation accident trials. His credentials during his career at Bell include first flights and structural demonstrations in the model 577 (super UH-1D), OH-58A, AH-1J, 206L series, 222 and UH-1C. As a Bell Helicopter Engineering Development test pilot, he flew structural demonstrations that were required for military approval.


He was the project development pilot on the first prototype fighter helicopter, the Bell AH-1G Cobra. Don was project pilot on 187 projects between 1961 and 1990, logged 150 flight test projects in chronological sequence, log books reflecting the flying of 102 different helicopters and 15 fixed-wing aircraft. Total flight hours logged are 14,000 plus, of which 6,540 are experimental and development time.

He was the first helicopter pilot to receive this award since its inception in 1958. Recipients of this award are displayed at the Smithsonian Air and Space Museum including John H. Glenn Jr., Neil Armstrong and Charles E. Yeager.

Don and Tom Wood, Bell Senior Technical Fellow, were also recognized in 1984 for developing a new understanding of LTE based on flight investigation for which they received the Howard Hughes Award.

This award is given in recognition of an outstanding improvement in the fundamental helicopter technology brought to fruition during the preceding calendar year. The results of this flight data and interpretation of this data is still taught at Bell’s Flight Training Academy today.

The FAA recognizes pilots who have demonstrated professionalism, skill, and aviation expertise by maintaining safe operations for 50 or more years by awarding the Wright Brothers “Master Pilot” Award. Don received this award in 2011.

For 21 years at Bell and 15 additional years since retirement, Don had served as SW Region / FAA Designated Engineering Representative Flight Test Pilot. From his first flight in 1955 through his retirement from Bell in 1990 and after his retirement, self employed, DB Aero, DER and DER consultant activities, expert witness trial and depositions, accident investigations and analysis, and helicopter operations advisor, Don continued to set an example for what the meaning “Master Pilot” is. According to his fellow pilots, “Don does not fly helicopters, he wears them.”
He was a loving son, husband and father.

Don is predeceased by his mother, Georgia Randolph Bloom (1984); father, Fred Miles Bloom (1988); and by his loving wife, Anne Marie Bloom of 52 years.

Offer condolences for the family of Donald Lee Bloom at Lonestar Cremation.

This is a Fan Made Blog, as such it does not represent Bell / Bell Textron in any way. This blog is for educational and history use only.